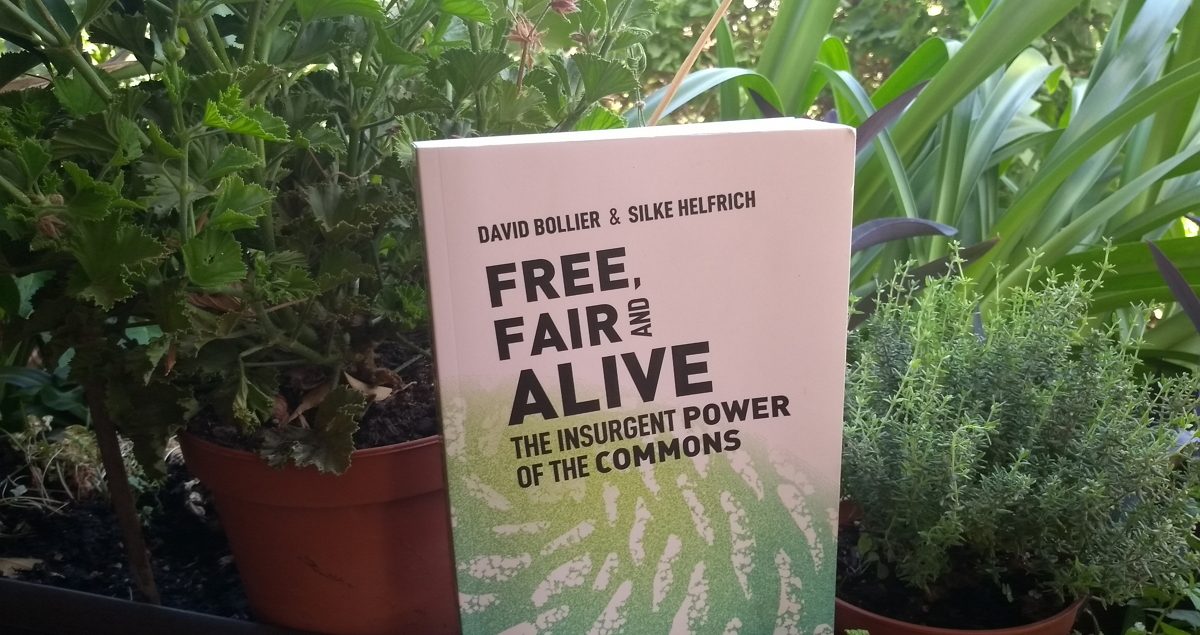 From cohousing and agroecology to fisheries and land trusts and open-source everything, people around the world are increasingly turning to “commoning as a way to emancipate themselves from a predatory market/state system.

David Bollier and his coauthor Silke Helfrich have now published one of the most comprehensive and in-depth looks at what the commons means in contemporary life and its implications for re-thinking the economy, ecological stewardship, care work, and culture.

Their new book, Free, Fair and Alive: The Insurgent Power of the Commons, is an ambitious attempt to synthesize what Bollier and Helfrich have learned from scores of commons around the world over the past twenty years. Bollier is Director of the Reinventing the Commons Program at the Schumacher Center, and Helfrich is an independent activist and author in Germany and cofounder of the Commons Strategies Group.

Free, Fair and Alive is wide-ranging in its analysis of the power of commoning, but it focuses primarily on the internal social and interpersonal dynamics of commoning; how the commons worldview opens up new possibilities for change; and the role of language in reorienting our perceptions and political strategies.

The book — published by New Society Publishers — is licensed under a Creative Commons Attribution-ShareAlike license, which should enhance its availability. The German version of the book was published by transcript Verlag in April, and Spanish and French translations are planned. Check out the Contents page and Introduction here in the Free, Fair and Alive website. New chapters will be posted every few weeks.

Bollier and Helfrich are embarking on a tour in Europe and UK starting September 14 to engage a number of audiences with the themes of the book. You can check out our appearances on the Free, Fair and Alive website’s events section.

The book is a foundational reconceptualization of the commons as a living social system. Instead of regarding commons as resources, in the style of standard economics and Garrett Hardin’s “tragedy of the commons” essay, the authors show that commons are in fact dynamic, living social processes. They rely on a whole set of human values and behaviors that the standard economic narrative regards as marginal or invisible.

Bollier said, “Our book is a rare inquiry into commoning – the verb, the social practices, the moral relationships – which is quite different from the commons — the noun, as resources and their exchange value. The further Silke and I got into studying and rethinking the commons as a concept, the more that we realized that prevailing categories of thought are simply too reductionist to capture what is really going on within commons.”

Bollier and Helfich note that standard economics, property law, and policy assume the reality of rational, autonomous individuals, as reflected in the idea of homo economicus, the philosophy of modern liberalism, and the presumed separation of humanity and “nature.” The authors regard these assumptions as fundamentally misleading, especially if for anyone who understands humanity in a biological sense.

“We humans are all inscribed within larger collectives that make us who we are. We are shaped by intergenerational cultures, geographic communities, extended families, affinity groups and a living, pulsing more-than-human ecology (aka “nature”). Why can’t we begin to acknowledge that life is far more relational than transactional?” Bollier asked.

Bollier and Helfrich argue that people engaged in commoning are not caught up in “prisoner’s dilemma” scenarios or rationally calculating how they can get more for themselves. They are trying to meet their needs, or simply survive, by working together in social solidarity. One reason the cachet of the commons has soared in recent years is that it offers a discourse and real projects for challenging capitalism and building socially constructive alternatives.

A theme that resonates throughout our book is the idea of relationality. Commoning is about building relationships of trust in the course of meeting collective needs. In this fashion, the commons help us develop a new “politics of belonging.” Commoning also helps people develop a new economics of sufficiency that can deal with runaway economic growth and ecosystem collapse. 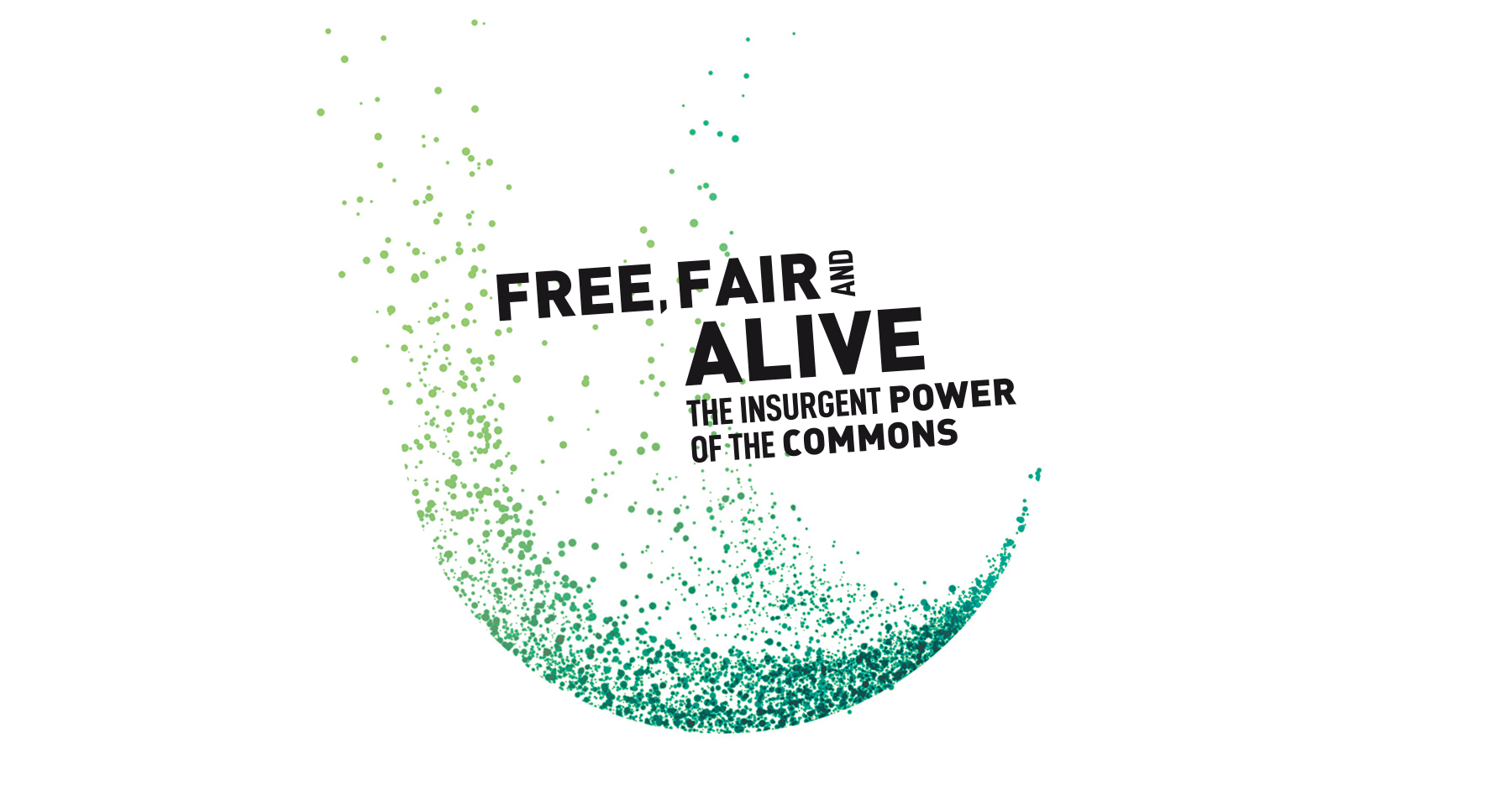 Based on their knowledge of scores of commons, Bollier and Helfrich developed a new framework for understanding the commons – what they call the “Triad of Commoning.” It combines three essential aspects of any commons – provisioning, peer governance, and social life – each of which is entangled with the others. This framework acknowledges that commons are alive, alive! They are not simply inventories of unowned “resources.

“In the course of rethinking the commons, said Bollier, “Silke and I realized that if we are going to escape the dead-end of neoliberal capitalism, we need to invent and learn a new vocabulary. So we coined a lot of new terms. Instead of seeing nature mostly as a set of ‘resources,’ commoners tend to see water and land and forests as ‘care-wealth’ — living things that they care about and that shape their identities and cultures.”

Instead of seeing everyone as isolated individuals striving to maximize their material gain, we coined the term “Ubuntu Rationality” to describe a logic of human interaction that deeply aligns a person’s interests with the well-being of others.

Instead of seeing “property” as something that is owned absolutely and used to dominate and control others, we explore the idea of “relationalized property.” There are, in fact, “other ways of having” — ways to access and use things — that go beyond the extraction, exclusion or marketization associated with conventional property ownership. Examples include open source seeds, the federated wiki platform, and the Park Slope Food Coop in Brooklyn, which depends upon members working for free several hours a month.

New Society Publishers is touting our book as “a cultural critique, table-pounding political treatise, and practical playbook for commoning.” The book has a number of glowing endorsements from prominent activists and thinkers. Bill McKibben, author of Falter and founder of ‘350.org’ wrote: “If you want a truly exciting glimpse into what the world after this one might look like, this book is for you. When we move past “markets solve all problems” into a more mature approach, it will incorporate precisely the insights in this lively and engaging volume!”

Raj Patel, author, The Value of Nothing and Stuffed and Starved, said: “David Bollier and Silke Helfrich don’t just establish that commoning can work, and work well. They’ve analyzed the contours of successful experiments in how humans have come together to make their worlds freer, fairer and more alive”.

The activist and author Vandana Shiva wrote that the book “shows the path to respond to the ecological emergency and the polarization of society, economically, socially, culturally. The recovery and co-creation of the commons offers hope for the planet and people.”  Visit the website’s “Praise for the Book” section, for more commentary from noted authors and figures.

The book was written with the kind support of the Heinrich Böll Foundation, long-time partners of the Commons Strategies Groups and co-organizers of their series of past Deep Dives. The design of the book and advocacy campaign is being undertaken by one of the many commons-oriented projects described in the book — the Guerrilla Media Collective.

Free, Fair and Alive is now available to buy from New Society Publishers worldwide. In the meantime, don’t miss the authors’ book tour through September and the fall. For more updates on Free, Fair and Alive and all things Commons related, subscribe to the new Commoner Newsletter. 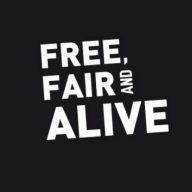