Yeah, the English version of our book is out. Have a look at our website to explore the introduction and more. There have been several things I’ve felt realy touched by during the last few months while preparing the book launch. One of it is Peter Linebaugh’s praise for the book.

Like a medieval cathedral this book is both philosophically lofty and as down-to-earth as a gargoyle. Its structure is encompassing and harmonious, buttressed by psychology, cybernetics, and social science. Magnificent windows let insights illuminate a new world of common facts and a new paradigm of understanding. Major ideas such as the Nested-I or Ubuntu Relationality infuse the whole, tentatively at first but with mounting conviction as this edifice of our future is constructed block by block of example and of reasoning to become a place of refuge from the destructive elements of neoliberalism and a place of collectivity against the fears it instills. Common sense and the sense of the commons are united at last, so, men and women of the commons, let us be up and doing.”

David Bollier and I are on tour with the book in Amsterdam, Brussels and a few cities in the UK. In case you wanna join or share it: here is the schedule

2 – 5:30 pm Workshop on “The University and the Commons – crafting narratives for a cooperative university“ (by invitation only) with network of students researching the commons, UvA, Amsterdam.

6 – 8 pm Book launch with Silke and David, hosted by Furtherfield and IGP (Institute for Global Prosperity) at University College of London.

4 – 6 pm Free, Fair and Alive. The Insurgent Power of the Commons talk and public seminar with Silke Helfrich at Institute of Citizenship, Society and Change, ICSC’s seminar series

7 pm The insurgent power of the Commons a talk by Silke Helfrich and David Bollier, hosted by Transition Totnes.

7:00 pm Public talk by Silke and David, “The Power of the Commons,” cohosted by Schumacher Center for a New Economics, Commonsnetwork, and The Waag Society. At Pakhuis Zwijger, Respondents include Marleen Stikker of the De Waag Society and Sjoerd Wartena of Terre de Liens. 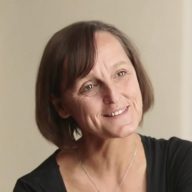